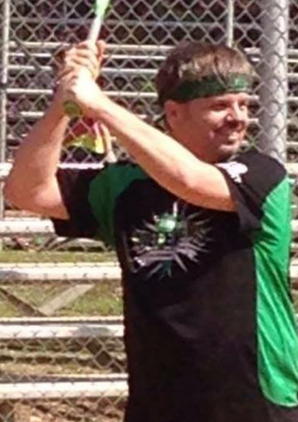 Entertaining league members and fans, Eddie’s alter ego Edna Smoot has performed for over 15 years at numerous benefits and fundraisers helping to raise money for the league and teams going to the world series.